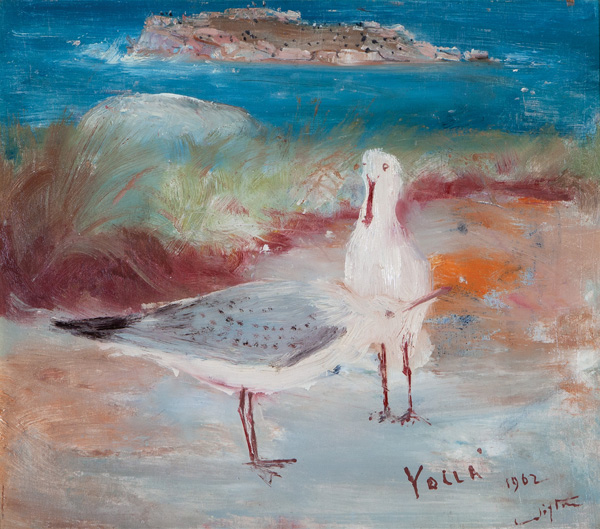 Yolla is the aboriginal name for Mutton Bird and became the name of the CSIRO research facility on Fisher Island in the East Bass Strait. Dr Vincent Serventy undertook much of his research on that island. Pugh visited the site to paint, as did Russell Drysdale and others.
Back